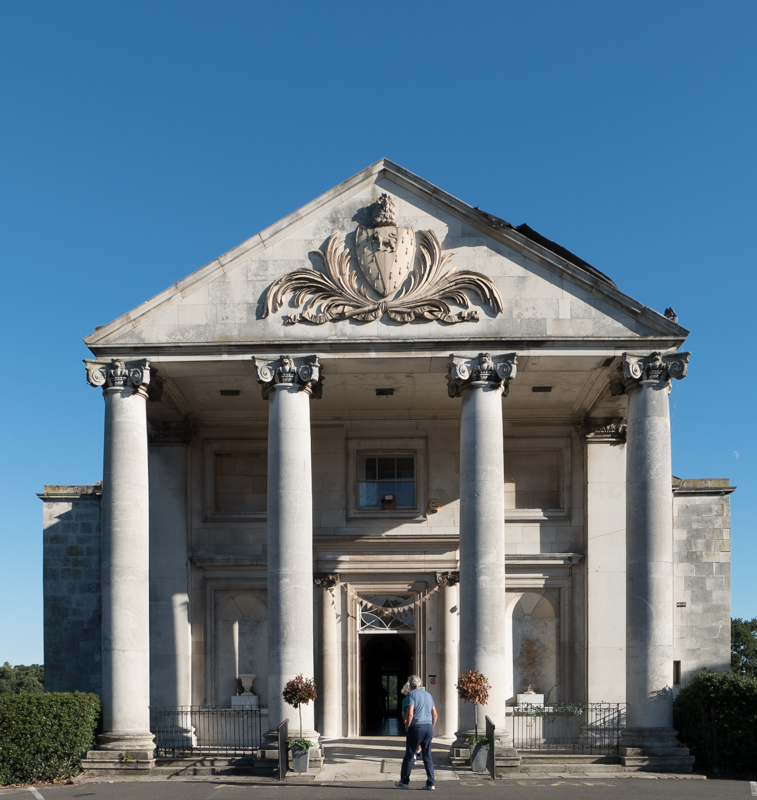 Beckenham Place Park is being restored

I live in Bromley, a south eastern suburb of London. On the boundary of the borough with neighbouring Lewisham lies Beckenham Place Park. Back in the 18th century this was the home of local bigwig, John Cator, responsible for much of the early development of the area.

Nowadays, Beckenham Place Park is a public space managed by Lewisham Council.  It has seen many uses in its life, but for many years it has hosted a public golf course.  Recently, Lewisham received Lottery funding for regeneration of the park. For a long time it appeared this was just talk, but I can now report work has begun.

For locals this is quite exciting – the park is lovely and it is quite surprising to find a publicly accessible country estate in one’s back yard in a city – but the presence of the golf course was an obstruction. Now that has gone, to be replaced with tree plantations and the restoration of the dried-up park lake.

On Sunday afternoon, I went for a wander around to check out the works and to take the Panasonic Lumix FZ1000 out for a spin. 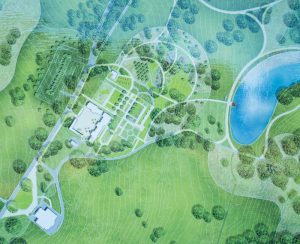 Lewisham have helpfully installed a map in the park showing a mock up of what the finished works will be like.

There will be a new car park, moving the cars away from the front of the Mansion, newly laid out formal gardens around the restored “Homestead” (stable block, courtyard and cottages), the dilapidated hard tennis courts go in favour of planting, and, of course, the recreated lake.

It looks like an exciting improvement to me (although a few will miss the sports facilities, and I hope the loss of these is made up, at least in part, elsewhere).

The stable block was badly damaged in an arson attack a few years ago and has been languishing unloved. It’s great to see work starting on the restoration and development of the new cafe/education centre they are calling the Homestead. 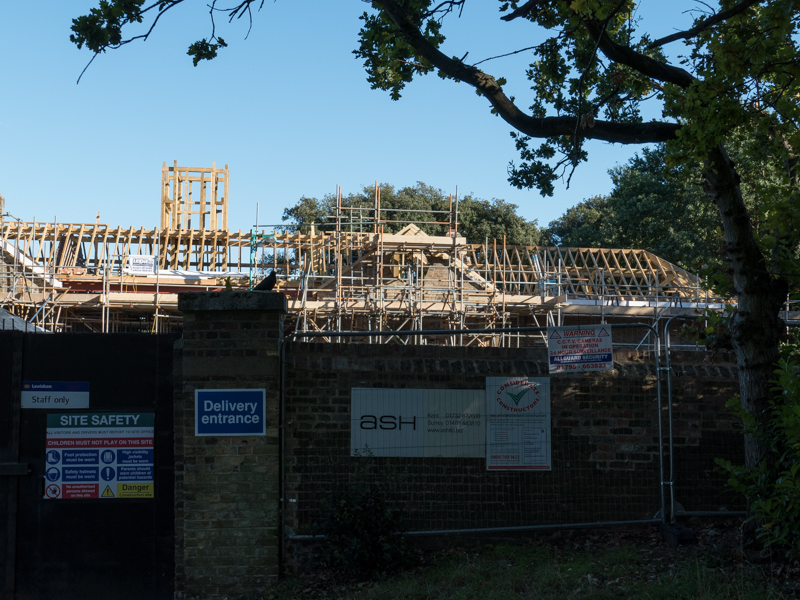 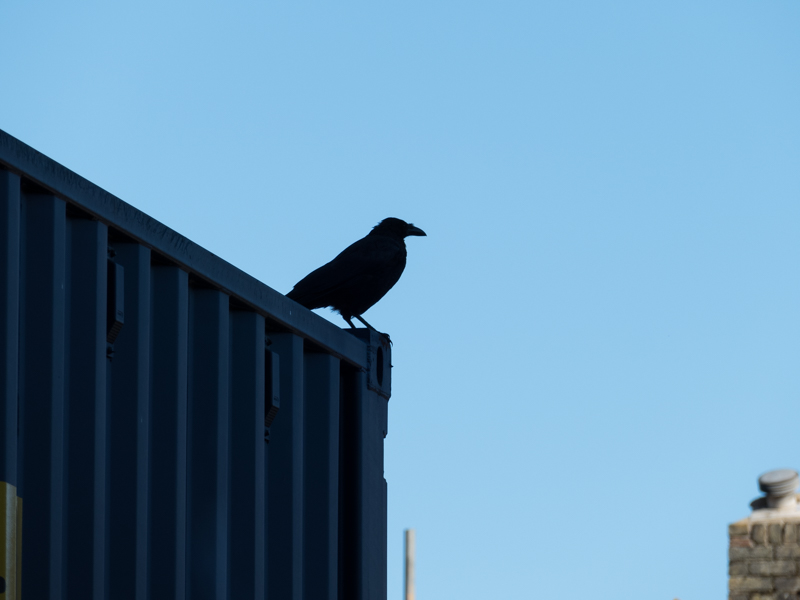 You can see a mock up of the design for the Homestead on the Lewisham website.

Back in its heyday the park boasted a 400m long ornamental lake at the lowest point in the grounds. This dried up long ago but the new plans feature the creation of a half sized version where there will be wild swimming and kayaking.  The digging out of the lake has started and will take place over the autumn. During the winter the lake will be filled ready for opening next spring.

The wide angle setting on the FZ1000 was very useful to capture the start of the works and the information board. No lens swapping required.

Restoration of the concrete squirrel

The concrete squirrel had been looking a bit sorry for itself for years, stripped of paint and with potholes and missing facial features. Now repaired and painted it looks great. 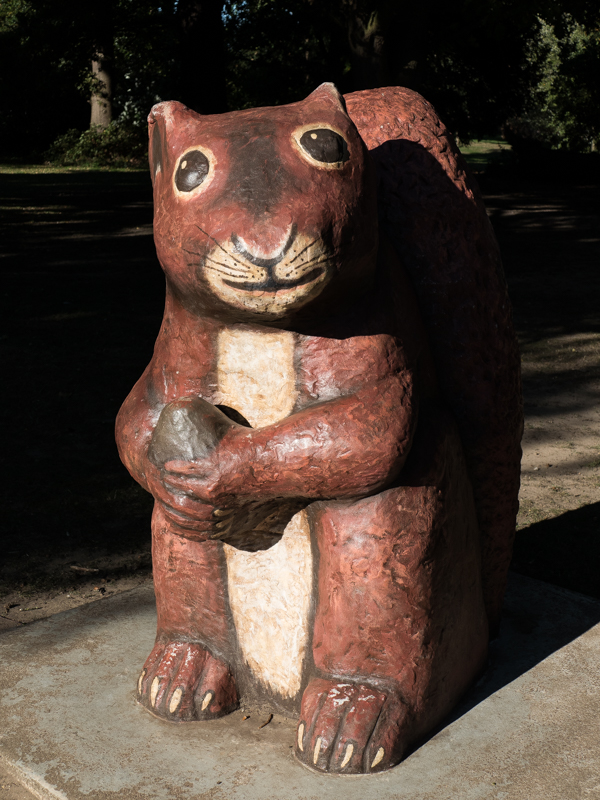 New location for the car park

The tarmac carpark directly in front of the Mansion may have been convenient for golfers when it was used as the clubhouse but it was out of character and an eye sore. A new location for the car park further away from the house will restore some character. 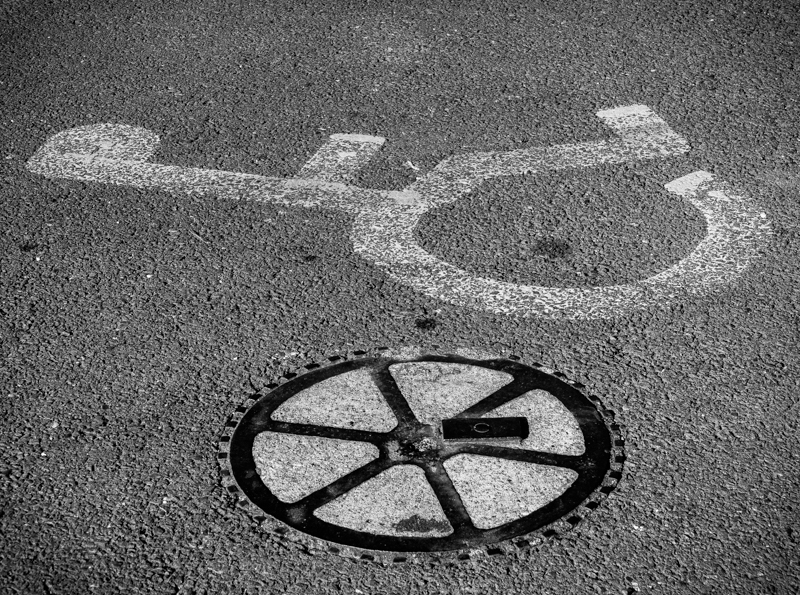 The tarmac car park in front of the Mansion in Beckenham Place Park due to be ripped up and relocated.